We developed a system which will allow our upcoming 3D printers to change their tool heads during a print. Thus far, we have produce two successful prototypes. It uses the OpenGrab electropermanent magnet for the attachment mechanism.

The tool head PCB has a MAX31855 for thermocouple measurement, 25AA02UIDT EEPROM for storing calibration data, pass-through traces for switching loads, and a spot for a quadrature rotary encoder to sense filament movement.

The project’s Git repo can be found here.

Here’s a demo video of our first print while keeping the toolheads heated in the docking station:

Here’s a demo video our first prototype during a print:

Here’s the layout of the tool head PCB I designed in KiCad: 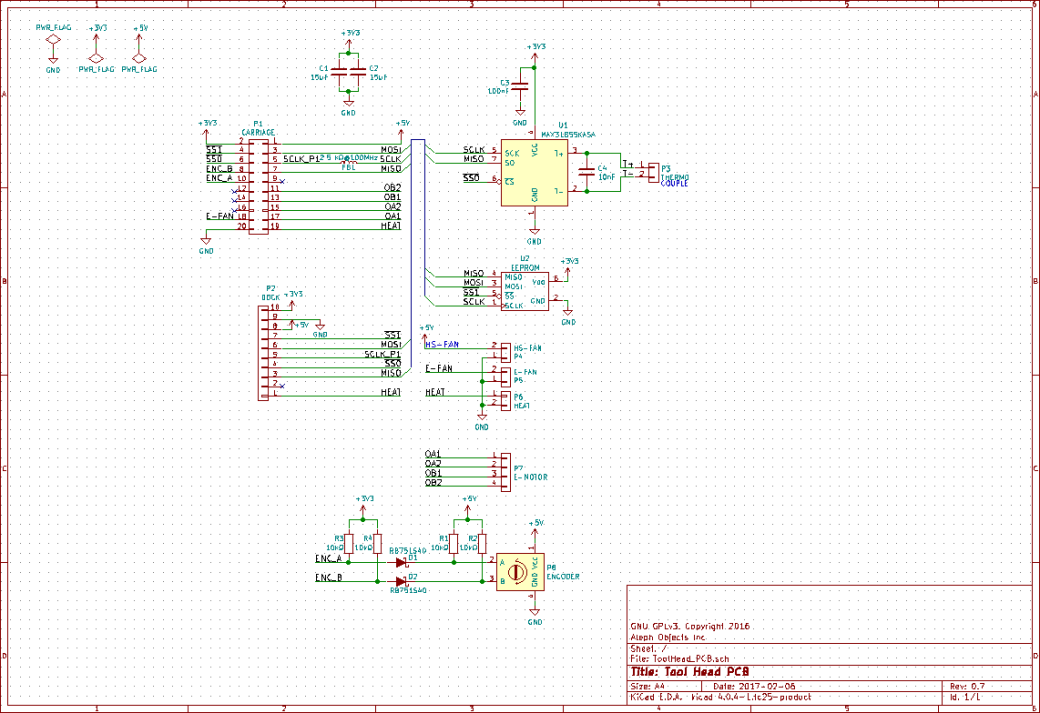 Here’s a photo showing the tool head PCB in use during a print: 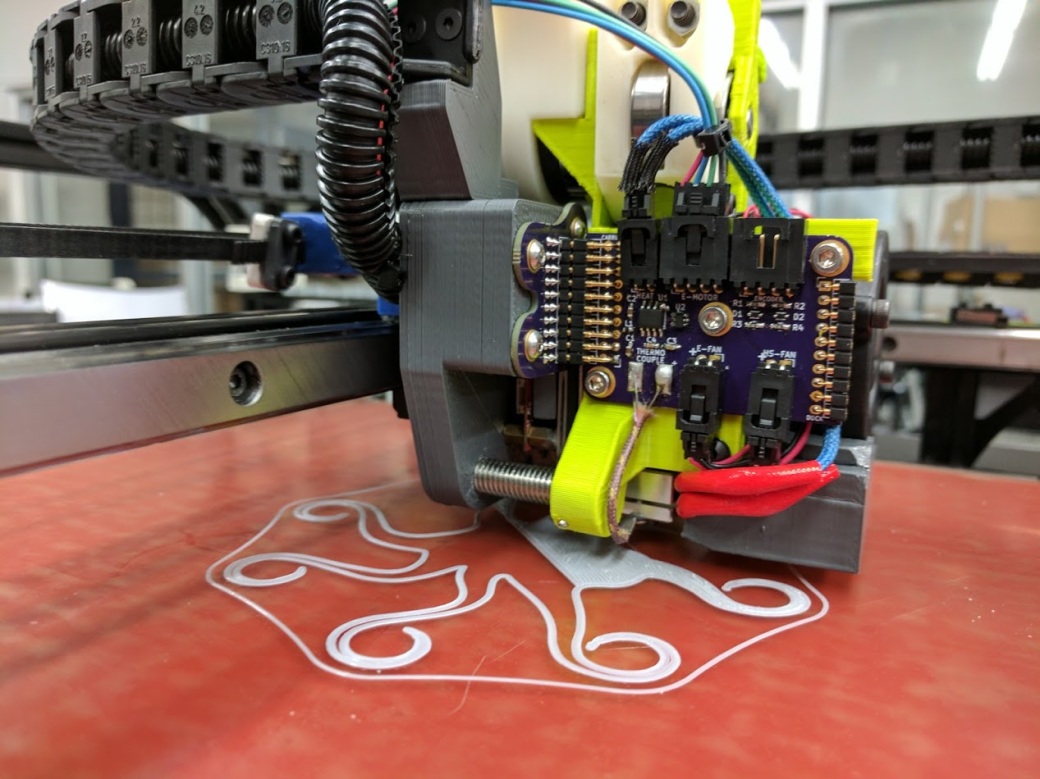 The main electronics on this machine is the Replicape rev B3A (Trinamic TMC2100) and BeagleBone Black rev C using the TI AM3358 1GHz 32-bit ARM Cortex A8 and 512MB DDR3 as seen in Figure 5. The OS being Debian, running the Redeem Linux daemon, and an OctoPrint web server.